I decided to take UVic’s “Computer-Aided Design” class as one of my upper-level mechanical engineering undergraduate technical electives. The course covered everything from the mathematics of three-dimensional graphic representation to modern methods and applications of computer-aided design, engineering, and manufacturing.

The practical component of the course was the application of computer-aided engineering to projects chosen by lab groups of three students. After a set of introductory labs using Siemens NX, students began their self-lead projects. My lab group decided to focus on the structural analysis of the university’s satellite team’s OrcaSat (Optical and Radio Calibration Satellite). We had to model inertial forces and vibrations generated during launch and map stress and strain using Siemens NX’s FEA (Finite Element Analysis) functions. Additionally, we used the FEA features to calculate the heat dissipation of the laser diode used to calibrate telescopes. The results showed that the satellite was more than strong enough to hold up to the stresses it will be exposed to during launch and that the size of the laser diode heat sink could be reduced.

The project provided an excellent opportunity to learn about the practical applications of FEA, as well as the advantages and disadvantages of different industry standard softwares. 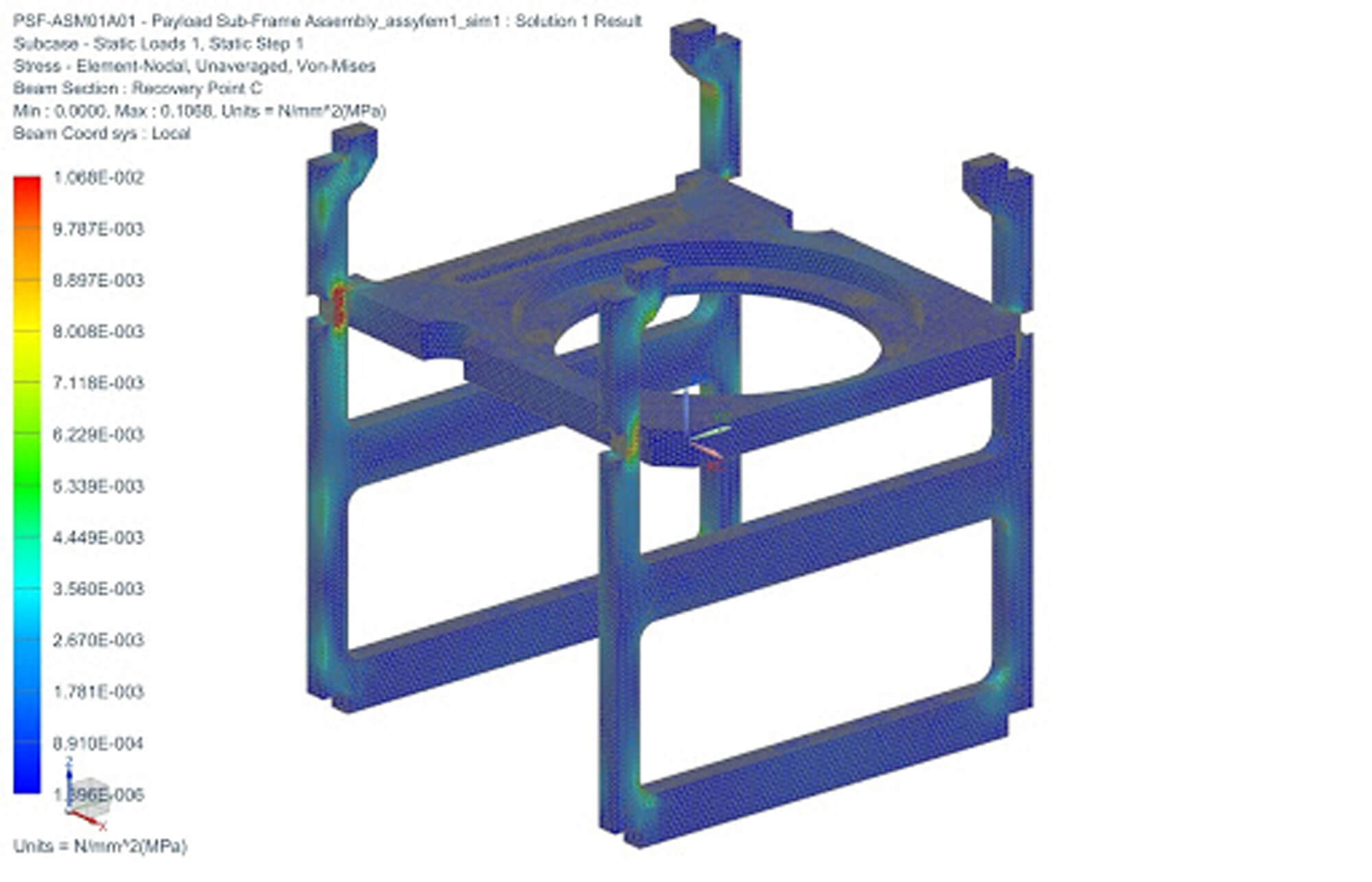